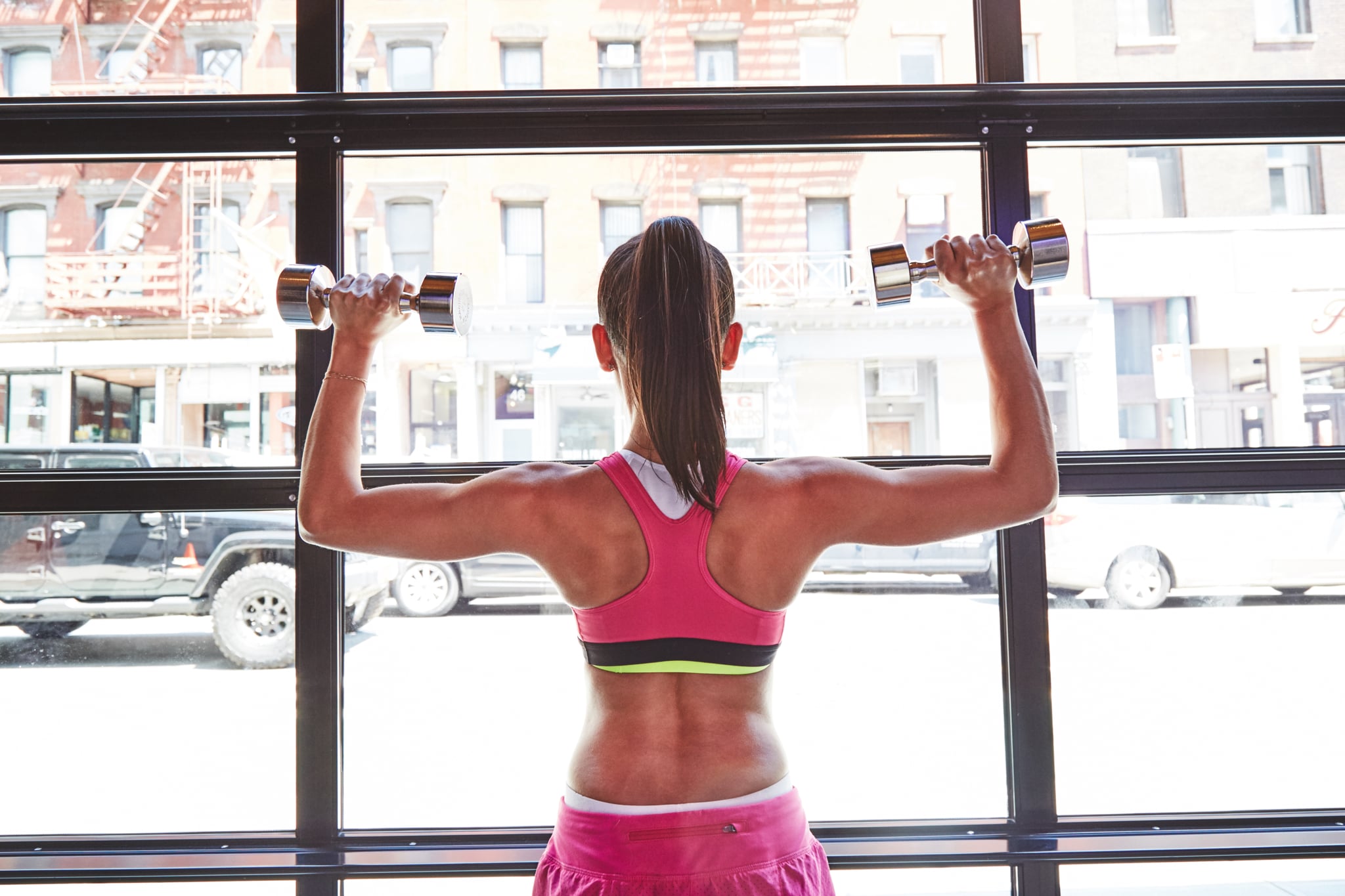 I’m the first to admit that when it comes to exercise, I have no willpower. In fact, I would go as far as to say that I have the opposite of willpower — whatever that’s called! After a couple of weeks at the gym and following a strict diet, I’m bored of exercise bikes and treadmills, I skip a day or two, and before I know it, I’ve stopped.

After carefully thinking about my reasons for quitting, I discovered there were a few factors at play: Firstly, I was bored of the same cardio workouts over and over. Even when using different equipment, it was still cardio. Secondly, the few times I did manage to stick with it for more than a couple of months, although I lost weight, I still felt that I was fat.

My personal trainer recommended lifting weights, but like many women out there, I thought I would end up buff and looking like a bodybuilder. That was far from the look I was after, and so like many before me, I declined. It wasn’t until a friend of mine started resistance training and persuaded me to go along to some sessions that I bothered to give it a try — and I am eternally glad that I did.

I found there to be so much variety with weightlifting. Even the same exercise can be performed in many different ways. A basic bicep curl, as an example, can be performed with a low weight with high reps, high weight with low reps, slow reps, fast reps, or even be mixed with another exercise such as triceps extensions, also known as “supersetting.”

The real clincher for me was the fact that every time I hit the gym, I was aiming to beat my last session — and this gave me reason to go. And unlike the cardio work I was used to (which, personally, I found tedious), I could feel myself getting stronger and leaner. By increasing the weight or reps of an exercise, or even by cutting down the rest period between sets, I was bettering myself. This is known as progressive overload. By constantly increasing the stress on the muscles, they are forced to grow. And no, don’t worry, you’re not going to turn into The Hulk by doing this. The massive, muscly bodybuilders you see are often not “natural” lifters. This means that they take performance-enhancing substances. And even the ones who don’t have spent years working on their physique.

In order to get leaner and look fitter, you need to build muscle and lose fat. The benefit of more muscle is that you actually burn more calories when you are carrying more muscle mass. But don’t be fooled by the myths — the amount of extra calories you will burn is not huge, perhaps about six to 10 calories per pound of muscle. Nevertheless, it is still extra calories burned, which is always welcome!

While adding muscle and burning fat, I lost more inches around my waist than when I did cardio. This is because when I did cardio, my weight loss was both fat and muscle. By lifting weights, I was actively adding muscle while losing fat. Muscle is more dense than fat, and so my waist was actually smaller, even though I had not lost more weight than I had in the past.

After lifting weights for a few months, I discovered more research that supports the benefits for women. A recent study published in the International Journal of Sport Nutrition and Exercise Metabolism found that resistance exercise reduced oxidative stress in older women. Oxidative stress, in simple terms, is what causes us to age. So if you would like to stay looking youthful (and who doesn’t?!), then lifting weights is going to help. Probably the best example of this is Ernestine Shepherd. Ernie, as she is known, holds the record for being the oldest competitive female bodybuilder at 81 years old. She only started lifting at 56.

In terms of the workout, I followed this routine for body recomposition. I wanted to lose fat and build muscle at the same time, and this seemed to all make sense and definitely worked for me. It involves compound lifts such as deadlift, bench press, and squats. These compound lifts work multiple muscle groups, and that’s what makes them so effective, as opposed to bicep curls and so on, which only work small muscle groups at a time.

I tried to follow the diet suggested with the recomp plan, but I love carbs, which made it hard. That said, the reduction in carbs was nowhere near as extreme as other diets such as keto and Atkins, and the results were still great. I was eating around 100-150 grams per day.

I’ve been lifting for about six months now, and I’m not thinking of stopping anytime soon!